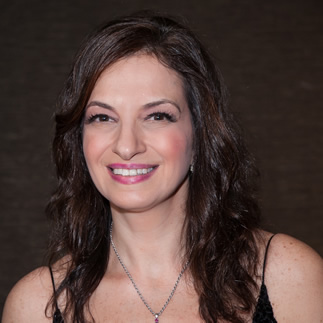 Dr. Ludmilla Bronfin is one of the most highly regarded neurologists in New York City. She treats a wide range of problems from autonomic dysfunction to neuromuscular neurology and headaches. Dr. Bronfin is a topnotch diagnostician. She is well known for taking care of celebrities but she is just as comprehensive and thorough with everyone she treats. She has earned a national reputation with her thorough attentive humane relationship with her patients. She well known for using conservative methods, and avoiding surgery unless absolutely necessary. Dr. Bronfin completed her residency in neurology in 1996 and  fellowship in clinical neurophysiology in 1997 at NYU School of Medicine. She is an assistant professor of neurology at NYU Langone Medical Center. She is board certified in Neurology, Clinical neurophysiology, and Electrodiagnostic medicine. She volunteers by teaching residents in neuromuscular clinic at Bellevue Hospital. Her research interests are in neuromuscular disorders, pain management, headaches and syncope. She has authored several book chapters. Dr Bronfin is an active member of the American Academy of Neurology, AANem, Headache society, Myasthenia gravis foundation, ALS  and MDA foundations. Dr. Bronfin is known as a “doctor’s doctor.” She is highly regarded by her peers, is very accessible, skilled yet humble, and above all compassionate.